It’s fair to say that the Evernote note-taking software has gone through a lot recently. In August 2018, the firm rebranded in an attempt to emphasize itself as a business, and a new CEO, Ian Small, who came over in October, has openly recognized the challenges he has to solve this year to get things back on track — and not only from a UX and UI design standpoint.

What to do now?

Evernote is something I use regularly. While the service does some things well, I’m becoming increasingly frustrated with some of its shortcomings. Furthermore, the firm isn’t improving well to entice me to upgrade my account.

As a result, I’m considering switching to something else. Some of the app’s most sophisticated connectors aren’t used very often, and a more straightforward approach might provide greater flexibility in the areas I care about the most.

Today, I will look at some of those annoyances I’m facing while using Evernote

For me, the Evernote online clipper tool is the source of the most irritation. Taking webpage clippings into the app to generate notes might be a complete waste of time at times. 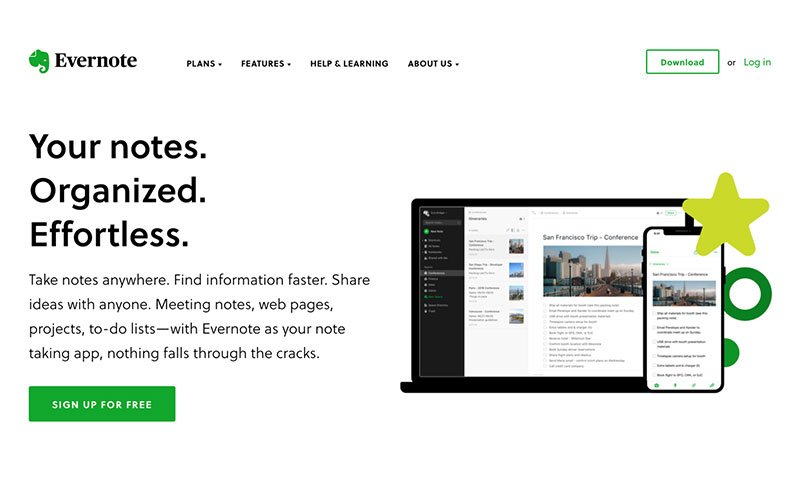 It may frequently condense the whole contents of a web page into a single clipping, which has a variety of unfavorable formatting effects. It must be significantly enhanced if it becomes a seamless and eventually productive element of the regular workflow.

There are a few things about Evernote that I adore. Its simplicity, mobile app, and ability to sync across all platforms. It’s a fantastic app that I’ve been using for years. I utilized Evernote for various tasks, including keeping track of details, recipes, and notes, creating research libraries for my books, and composing blog posts, subject ideas, and articles.

However, Evernote has several restrictions that I’ve run against on several occasions. Because of Evernote’s formatting, getting content out of it isn’t easy. It has a relatively restricted number of structural possibilities. The amount of things you can do with a post is minimal. Tables are a frustrating exercise.

It’s a PITA to Use Evernote App

When I’ve been using the service, I’ve observed the Mac app slow down significantly. Despite this, the iPhone app is the source of my most significant annoyance. After reinstalling the program many times to address the problem, Evernote continues to run out of memory on iOS.

Switching between Evernote and two or three different programs causes the note I was perusing to vanish completely. I’m sent back into the search engine, where I have to start over looking for the note. This doesn’t happen in Apple Notes, and it doesn’t happen in other programs with quite the same frequency.

Making the Switch from Evernote

Even five years ago, it would have been unthinkable to picture Evernote’s supremacy being threatened by not just one but many software products. Evernote isn’t a poor product; it’s simply not as good as it once was.

Evernote’s demise is, fortunately, their benefit. There has never been a better moment to move from Evernote to a rival app. However, some users will very certainly benefit from continuing with Evernote.

However, unless you have a pressing need for any of the features that Evernote lacks, it may be worthwhile to continue with Evernote.

Evernote’s overall premise as an application is incredible. It’s why it was so successful in its early years, but attempting to do everything everywhere was bordering on the ludicrous. Why not commit to doing one thing well, as they did, and own it? Otherwise, the focus is lost — the UX and UI design team are unsure of what to work on next, and users are unsure how to get the most out of the app, so no one wins.